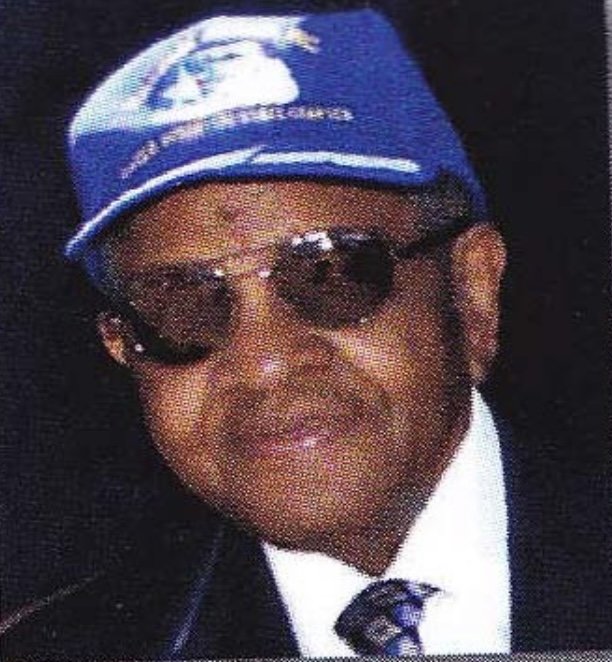 He was born in Hertford, NC in 1925. He was the fourth and only surviving child of Ellis and Lily Johnson’s nine children. In 1929, his family left North Carolina and settled in Glen Cove. Joe attended Glen Cove High School and graduated in 1943. He joined the Tuskegee Airmen as a cadet in 1944 and began training as a pilot. He arrived at the Army Air Corps training site at Tuskegee Institute, Alabama, on D-Day, 1944.

After Joe left the military, he attended Parsons School of Design, studying interior design. In addition to his interest in art, he studied radio and television technology, attended Farmingdale Agriculture and Technical College to learn mechanical technology, and studied management at Hofstra University.

Joe began a job in tool making at Fairchild Camera and Instrument, and after seven years, went to the tooling department as supervisor at Grumman where he worked 28 years for the air industry company.

During that time Mr. Johnson served tirelessly in his beloved Glen Cove community. He served as:

• Executive Board Member of the Nassau-Suffolk Comprehensive Health Plan Commission;

• Board Member of the Glen Cove Boys and Girls Club;

• Secretary and Chairman of the Glen Cove Housing Authority;

• Board Member and Chairman of the Glen Cove Child Day Care Center.

Mr. Johnson also proudly volunteered through the Claude B. Govan Chapter of Tuskegee Airmen, Inc., introducing and encouraging young people to take up a career in aviation or science. The chapter provides annual scholarships and awards to deserving individuals, groups and corporations whose deeds lend support to the organization.

In 2007, Mr. Johnson was honored as a former Tuskegee Airman by the City of Glen Cove, and in 2010, he was presented with a flag at a “thank you” breakfast held by Suffolk County Executive Steve Levy. He received an Honorary PhD from Tuskegee University in 2006, and a Presidential Accommodation and Medallion from A&M University. One of his cherished honors is the prestigious Congressional Gold Medal, received in March 2007.

The funeral services will be at Dodge-Thomas Funeral Home of Glen Cove on Saturday, February 6, 2021 from 1-5pm. The Service will begin Saturday at 4pm  interment Calverton National Cemetery.

Share Your Memory of
William
Upload Your Memory View All Memories
Be the first to upload a memory!