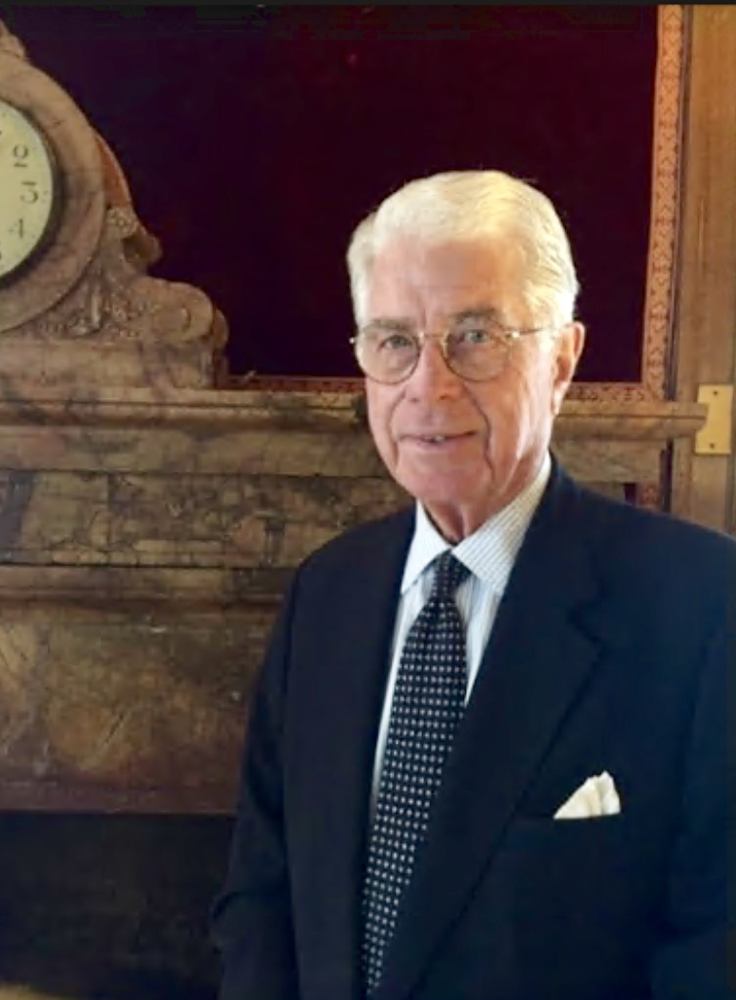 Donations may be made to the Sarcoma Foundation of America www.curesarcoma.org

James M. McLain of Locust Valley, New York passed away peacefully on December 4, 2019 at the age of 78.  Beloved husband of Suzanne. Loving father of Suzannah Smith (Peter), and James III (Valerie). Proud grandfather of Annabel, Gabriela, Frances and Beatrice. Dear brother of Suzanne (Michael), and the late Mary (Howard).  Born in Forest Hills, New York to James and Edith McLain, James graduated from Chaminade High School in Mineola, New York in 1959 where he remained a dedicated alumnus serving as president of the Chaminade Alumni Association from 1978-1980 and co-chairman for every reunion of the Class of 1959 up to their 60th this past October.  James attended the U.S. Air Force Academy from 1959-1961.  He completed his undergraduate education at Colgate University, where he earned a B.A. in Economics in 1963.  James began his career in finance at Chase Manhattan Bank in the Corporate Banking division where he worked from 1963 to 1977.  He retired from Oppenheimer & Co. in December 2018 after a 35-year career as Executive Director of Investments.  James was an avid squash player and golfer, a lifelong member of Nassau Country Club, and member of the University Club in New York City and Mashomack Preserve Club.  Arrangements entrusted to Dodge-Thomas Funeral Home of Glen Cove. A funeral mass will be held at The Church of St. Dominic in Oyster Bay, New York on Tuesday, December 17th at 11:30am. Interment Locust Valley Cemetery. Donations may be made to Sarcoma Foundation of America https://www.curesarcoma.org/donate/ www.DodgeThomas.com

Share Your Memory of
James
Upload Your Memory View All Memories
Be the first to upload a memory!