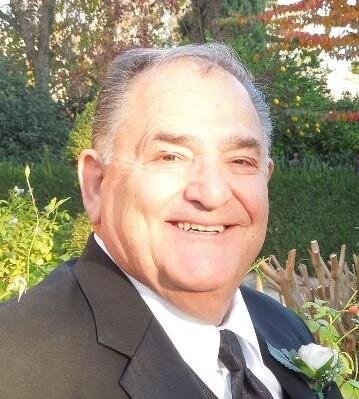 Please share a memory of Vincent to include in a keepsake book for family and friends.
View Tribute Book

Vincent Daniello, 83, of Banning, CA passed away at home surrounded by his family on Wednesday, January 4, 2023 after a courageous battle with cancer. Vincent was born December 20, 1939 in Brooklyn, NY. He grew up in Locust Valley, NY, graduated from Oyster Bay High School and went on to the University of Dayton where he graduated with a degree in electrical engineering. From there he began his career with North American Aviation in CA, transferred to Cape Canaveral, FL and ultimately settled in Danbury, CT working for Perkin-Elmer where he was a lead test engineer in the optical sector of projects such as the Hexagon Spy Satellite and the Hubble Space Telescope. He built a home with his wife in New Fairfield, CT to raise their family while enjoying hobbies such as golf, bowling, and attending his four children’s many activities. The last chapter of his career brought them to Banning, CA where he worked for AeroJet until his retirement.

In addition to his parents, William and Mildred Daniello, he was predeceased by his father’s second wife Lucy; his sister, Victoria Neville (Tom), and several aunts and uncles. Vincent is survived by his wife of 55 years, Gail; daughter Lauren, her husband Chris, and their children Stephen, Andrew & Joseph; daughter Carmela and her children Robert & Ryan; son Vincent, his fiancé Kaitlin, and her son Kamden; and son Anthony, his wife Aimee and their children Gianna & Giovanni. He is also survived by his brother William (Carole), several aunts and uncles, and many cousins, nieces, nephews and friends. Vincent will always hold a special place in everyone’s heart as a special husband, father, grandfather, uncle and friend.

Visitations will be held on Friday, February 3 from 2-4 pm and 7-9pm at Dodge-Thomas Funeral Home, 26 Franklin Avenue in Glen Cove, NY. A funeral mass will be held at St. Gertrude’s Catholic Church, 26 School Street in Bayville, NY at 12 noon on Saturday, February 4. Interment will immediately follow at Locust Valley Cemetery., 117 Ryefield Road in Locust Valley, NY. For those who wish to make memorial donations, the family suggests the American Cancer Society at cancer.org.

Share Your Memory of
Vincent
Upload Your Memory View All Memories
Be the first to upload a memory!
Share A Memory