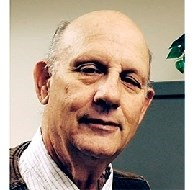 Please share a memory of Stephen to include in a keepsake book for family and friends.
View Tribute Book

FERNGREN - Stephen Sr., of Glen Cove, NY age 79, died of complications due to COVID-19 on April 17th, 2021. Stephen served in the Air Force in the Vietnam War. Before heading off to war, he married his sweetheart Joan Miller, and they settled in her hometown of Glen Cove. They celebrated their 53rd wedding anniversary in July 2020. Survived by his wife Joan, daughter Cynthia, and son Stephen Jr.
Arrangements entrusted to Dodge-Thomas Funeral Home of Glen Cove.
In lieu of services, the family is asking donations be made in his honor to The Michael J. Fox Foundation for Parkinson's Research

Share Your Memory of
Stephen
Upload Your Memory View All Memories
Be the first to upload a memory!
Share A Memory