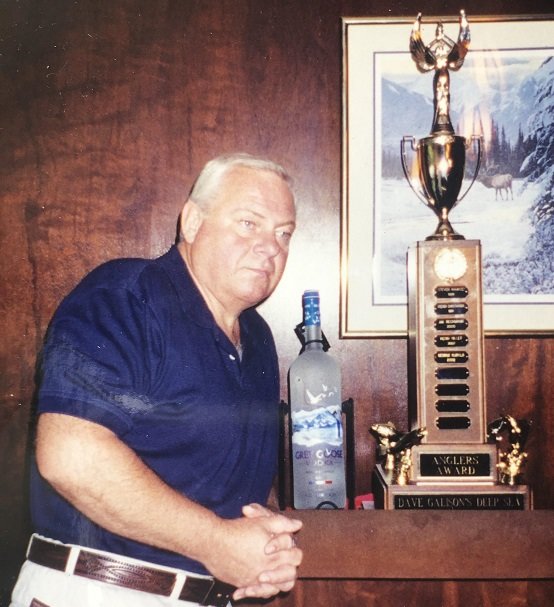 George Kurylo came to the U.S. at 4 years old and grew up in Manhattan, New York City.  He played trumpet in the drum and bugle corp at St. George Ukrainian Catholic School and graduated from La Salle Academy where he sang in the choir.

He spent summers with his parents, brother, Walter, and friends at Camp St. Basil, Narrowsburg, NY.  He loved swimming, fishing, and sailing.  He carried this love for the wilderness throughout his life.

They spent many happy summers at their cabin on the lake with their three children, Christina, Larissa, and Katherine.

Ever adventurous, in 1982, George drove the family across country, pulling a pop up camper.  He and Ann, took a cruise around Europe with friends and fished for salmon in Alaska.

But his true passion was spending summers fishing and cooking on an open fire in Narrowsburg.

In 1989, as a Senior Court Officer in Nassau County, NY, he received a Certificate of Meritorious Service for bravery.  He retired in 2002 and spent half his time in Glen Spey, NY with his wife, enjoying nature.  George, Dad, Dido, loved cooking his famous holiday meals and spending time with his wife, children, 5 grandchildren and cat Kit, who love him and will miss him very much.

Share Your Memory of
George
Upload Your Memory View All Memories
Be the first to upload a memory!